FROM AMAZED TO AFRAID 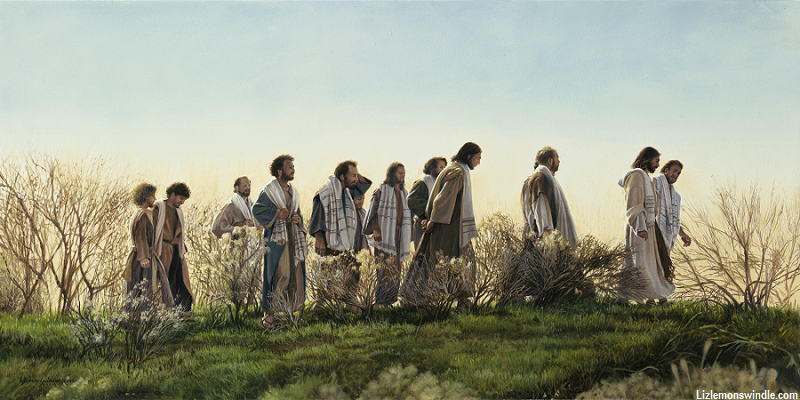 “Without Purse or Script” by Liz L. Swindle

Now they were on the road, going up to Jerusalem, and Jesus was going before them; and they were amazed. And as they followed, they were afraid. –Mark 10:32 NKJV

Jesus was walking into a lion’s den. The disciples knew the Pharisees were just waiting for a chance to get rid of Him. They’d witnessed the many times the Pharisees had tried to trap Jesus. And they’d heard the words of warning Jesus had given them twice before: That He would suffer terrible things when He went to Jerusalem, be rejected by the religious powers that be, and be killed. And He’d rise from the dead.

They knew danger lay ahead, but there was no convincing Jesus to stay out of Jerusalem. They couldn’t fathom it. Their sense was to protect their Master, to keep Him with them as long as possible. Why would He knowingly go to a place where death awaited Him? They were amazed not only that He dared to go but also that His steps were firm, His attitude resolute.

Amazement was nothing new to the disciples. It had been a daily occurrence for the three years they’d followed Him, lived with Him, learned from Him. But their amazement turned to fear as they drew nearer to the “City of Peace.” Did Jesus want to die?

Yes. He had to, for only the sinless Lamb could become the sacrifice needed to take away our sins. This wasn’t what they signed on for three years earlier when Jesus invited them to follow Him. They thought He’d set up His kingdom and they’d be the bigwigs. James and John even asked to sit on either side of Him—the places of highest honor. How little they understood!

Isn’t the same with us? When we first decide to follow Jesus, we’re excited, amazed, hopeful for what’s ahead. Then things don’t turn out the way we expect. Instead of reward for our sacrifices, for our good deeds, we get trials and troubles. Like the disciples, we don’t fathom the eternal significance of our decision or of our daily choices. We don’t want to wait for our rewards. We want to enjoy them now. We follow Him in amazement at first, then as the road gets steeper and we begin to understand the real cost of following Jesus, the fear sets in.

The remedy for fear is to do what Jesus did: Focus on the Father. Like Corrie ten Boom said: “Never be afraid to trust the unknown future to a known God.”

From God, Me & a Cup of Tea for the Seasons, © 2018 Michele Huey. All rights reserved. Used with permission.

Christian author and inspirational speaker Michele Huey is currently serving St. Peter’s United Church of Christ as a lay speaker. For more information about Michele, visit her online at her website and her weekly inspirational blog.